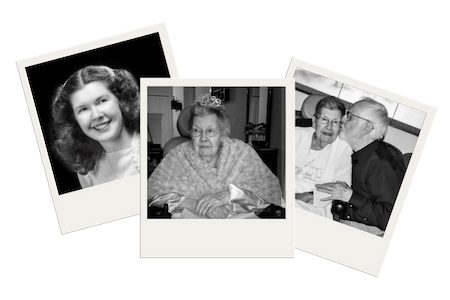 My Story - Why Women?

I grew up in a family with 6 kids.  My Dad was a great provider, my Mom handled everything else, even the finances.  She was a budgeting guru, and I just assumed that she knew about investing.

It wasn’t until I became a financial advisor that my parents opened up about their money.   Their investments were going down and they didn’t understand why. I quickly realized they had investments that were totally inappropriate for them, especially in retirement.

As I began to explain to them what had occurred, they felt embarrassed and angry. And I was outraged and appalled that they obviously had been taken advantage of.

That’s when I vowed to treat every client like my parents. I wanted to be the advisor that my mother never had.

I wanted to help the mother, the career woman, the trusting wife, or the woman who is experiencing a difficult life transition. I wanted them to know that I cared about their future, and I would give them a safe and encouraging environment where they could discuss their concerns, ask questions, and feel supported.

That’s why today, my true purpose as a financial advisor is to empower and encourage every woman to become more involved in her financial affairs by creating a supportive environment that provides structure, and organization, inspires knowledge, and enhances their confidence to make good decisions.

Most of our clients are responsible women who are often balancing the pressures and demands of their job and personal life, leaving little time for anything else. But something has changed, and her financial future has become a top priority.

The challenge is she doesn’t really have a plan, which is causing her tremendous anxiety and fear. She simply wants to understand what she has, what it will do for her, and feel more confident that her future is secure.

It doesn’t matter whether these women are married, recently divorced, widowed, or are simply retiring, they all come to me with these 3 same concerns.

Can I maintain my lifestyle?

Will my money last?

How can I feel more in control?

AS A WOMAN, I understand the delicate balancing act we maintain as wife/partner, mother, daughter, and professional. While all of these roles are important, it is vital that we don’t lose sight of taking care of ourselves.

AS A PROFESSIONAL, I learned that making a lot of money is not enough. It’s about making smart decisions with my money today that will enhance and impact my choice of lifestyle tomorrow.